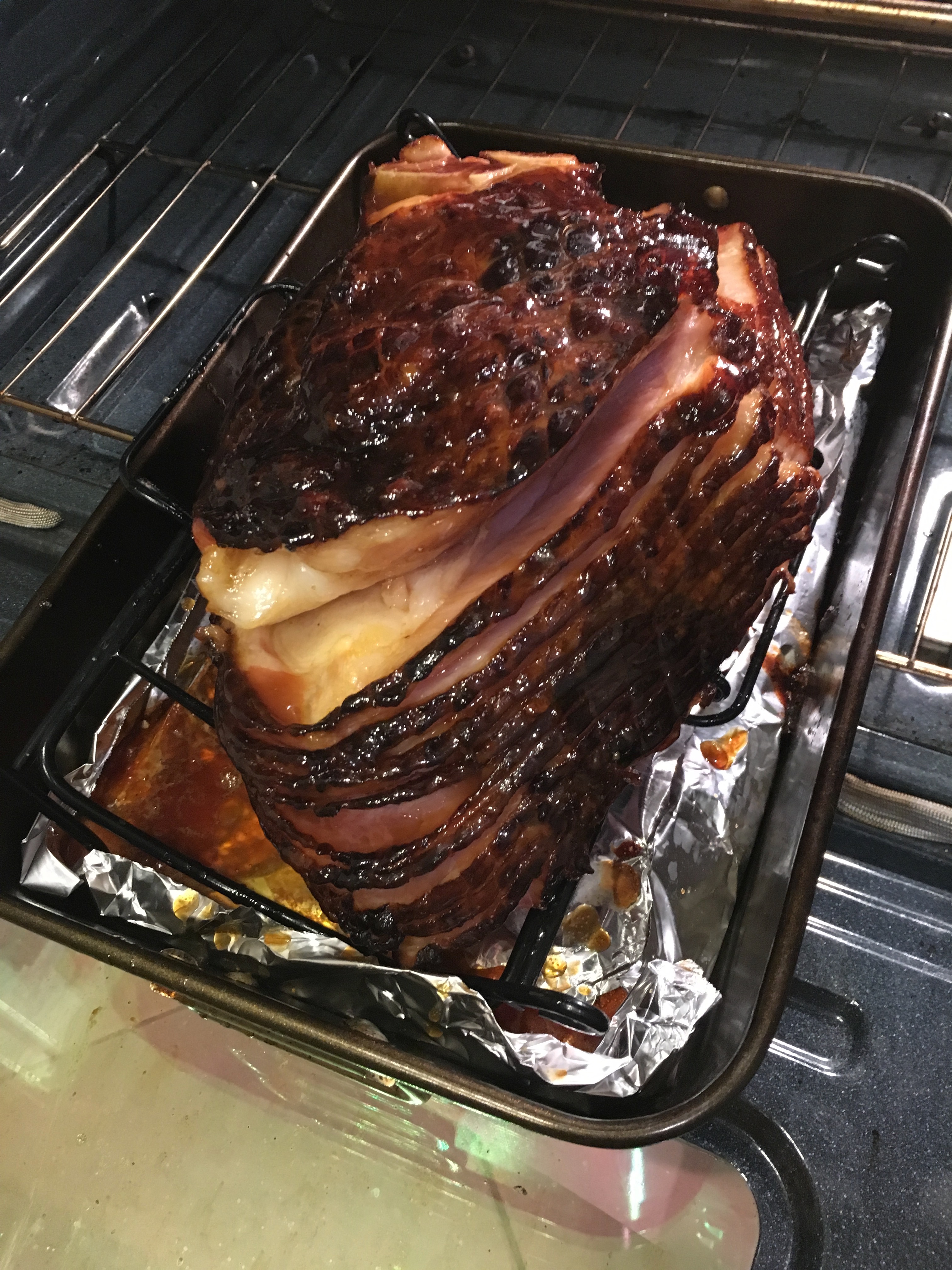 CS,B: When I was in col­lege I met a stu­dent whose great-great-grandad invent­ed root beer. Phar­ma­cist by the name of Charles E. Hires. If you hap­pen to bump into him, tell him I said thanks.

While the ham’s get­ting up to speed, put the root beer in a saucepan and bring to a boil.

MASTER THE ROOT BEER YOU HAVE!

Reduce heat to low and sim­mer, stir­ring fre­quent­ly (it’ll burn almost as fast as it can boil over), until reduced to a glaze; usu­al­ly about 30 min­utes. When the glaze sheets across the back of a spoon, it’s ready.

Once the ham’s been in the oven for about 90 min­utes, take the foil off and brush on some glaze. Put it back in the oven, uncov­ered, and glaze it again every 15 min­utes or so until done.

Cov­er with foil and let it rest 15 min­utes before serving.